The history of the pulp magazines can be studied through a comprehensive fan based online website called the Pulp Magazine Project (pulpmags.org), which is dedicated to saving these early publications. This website is produced by scholars throughout the country that study popular culture with all contributions of content added to the site are inspected for accuracy. A contributor and editor to this site is Mike Ashley: historian, writer, and anthologist of the early pulps. His article “The Golden Age of Pulp Fiction” gives a historical perspective of the beginnings of the science fiction magazine and why they are called “pulps”. Ashley states: “The age of the pulps lasted roughly from 1896 to 1955…Originally, a pulp magazine was one that was printed on paper made directly from wood-pulp which rapidly yellows and becomes very brittle leaving a shower of confetti on the reader” (Ashley “Golden”). The original aim of this cheaply made product was to attract a young male reader to buy the inexpensive magazine and discard it when finished, only to buy the next months selection on the newsstand or a yearly subscription through the mail.

The pulps intended audience was the young male reader, but women were buying and reading these magazines and creating fandoms with other science fiction enthusiast. Women were allowed to publish stories, poems, create cover art and illustrations for the many publications. The newsstands attracted readers to many pulps with diverse themes; for the cost of ten cent to a quarter, patrons could buy magazines filled with stories based on: romance, cowboy westerns, adventure, crime detective stories, and fantasy science fiction, to name just a few. In the past, the covers were vibrant and the stories and advertisements drew a large audience of readers to the newsstands, but the pulps were not made to last.
The covers were made of an artist quality paper stock. The heavier paper covers protects the stories within, which is one of the reasons their contents can still be read today. For the pages within are made poorly and easily tear and crumble in the hands of any researcher as they turn the pages. They also have a rather unpleasant aroma that transfers to any surface touched, which takes some of the pleasure out of the research of the stories contained within these fascinating magazines. The degrading paper quality is why many anthologies have been created in an effort to save these original stories.

To understand the pulp magazine era, the writers and their stories can also be explored through anthologies on the subject. Many anthologists give a historical introduction and a short biography on each writer presented in their publications, which helps to understand the stories presented. Several anthologists have contributed in saving these stories: Sam Moskowitz, Mike Ashley, Peter Haining, and Forrest J. Ackerman’s are all contributing editors and their books are accessible in University libraries. Peter Haining’s anthology The Fantastic Pulps adds a historical note on the stories presented. Haining states that each story published had to be new and innovative and reflect what the reader wanted during the Depression era if they were to be purchased. These magazines were constantly changing and the writers had to be “imaginative, flexible and, above all else, productive. Most publications paid abysmally low rates based on the number of words in a story—if they could not get away with a small fixed fee—and always encouraged new writers, anxious for publication regardless of payment” (Haining 13). This was considered one of the curses of the pulps; poor pay to get your name in print. Sam Moskowitz, author and editor during the pulp era has written several books on the early history of the pulps. Moskowitz adds to Haining’s conclusions and comments that some editors including Hugo Gernsback, believed it was an honor to be in print and became notorious for slow payment or none at all. This was another reason the names of the magazines constantly changed; the good authors became wise to the submission game and would only submit to the editors that would pay them. Haining further adds the pulps allowed new writers to learn the craft and earn small amounts of money until they become famous enough to land better publishing contracts. Even famous writers could be found within the pulps, such as Mark Twain, O. Henry, and Tennessee Williams (14-5). He also included a fascinating biographical story of how a young Jack London was saved in the beginning of his writing career by a mere $40 dollars for one of his mad scientist stories; for without the quick payment he was seriously considering committing suicide. While reading various unknown author’s stories I found many notable writers that contributed their stories to the magazines included: H.P. Lovecraft, Ray Bradbury, C. L. Moore, and Leigh Brackett. For those studying the field without access to the original magazines anthologies can be helpful, but Brian Attebery, science fiction writer and historian, feels differently. Attebery examines the pulps in his book, Decoding Gender in Science Fiction, and feels for the reader to fully understand the pulps is a special experience which requires examining the entire magazine from “cover to cover, complete with ads, editorials, and letters from readers, reading the hacks along with the more ambitious writers, that it is all one thing. Rather than the self-sufficient objects of art, the individual stories are part of a continuous stream of discourse” (Attebery “Decoding” 43). I agree with Attebery to understand the stories and the excitement derived from their readers can only be understood with holding one of these magazines and pouring over every single page, is the equivalent of the idea of “time travel” to a different era and the beginning of a new literary genre when considering the historical context associated with any of these magazines.

The name “Scientifiction” was the word first used to represent the pulp magazines that spoke of a modern world and the scientific wonders it could embrace. The credit is given to Hugo Gernsback, who is considered the “father of science fiction” with his first magazine dedicated to scientific adventure was named Amazing Stories and appeared on the newsstands in April of 1926 (Ashley “Golden”). Regarding the early naming of the genre, I found this letter to the editor in Amazing Stories October 1929 issue, directing a complaint to Mr. Gernsback: “Scientifiction” is too hard to say and is not peppy…Anyway, the stories are amazing and the covers portray exactly what is inside, contrary to other persons’ viewpoint. – Lester Anderson 271 Peralta St., Hayward, CA” (Anderson 665). This editorial demonstrates that Gernsback was attuned with what his readers wanted in regards to his publications; his response was to later change the term to what we know today – science fiction. As time passed, the names of the magazines keep changing. Moskowitz documents Gernsback’s achievements in his book Explorers of the Infinite: Shapers of Science Fiction; he states Gernsback launched his next publication called Science Wonder Stories, first published in June of 1929, and took his best illustrator and writers with him, namely David H. Keller and Stanton A. Coblentz. Moskowitz attributes Gernsback with the naming of “science fiction” replacing the difficult term “scientifiction” (Moskowitz “Explorers” 240). Moskowitz furthers discusses Gernsback’s accomplishments in his book Masterpieces of Science Fiction, an anthology, stating “Gernsback is rightly called the ‘father of science fiction’ because he put all the pieces together and came up with the correct combination…Because of him science fiction became something more than escape literature” (“Masterpieces” 21). This is due to one major factor that helped to shape the genre, Gernsback looked at each story printed and his requirement for publishing was the story had to be scientifically plausible. Attebery adds to the discussion on submissions stating the stories plot lines:

Were the natural result of scientific principles and that by attaining the necessary knowledge the hero was benefitting not only himself but also humanity. And, finally, the fictional formula was expected to invoke the same kind of awe that accompanies genuine discovery the sense of strange new worlds opening outward before one’s gaze.
(Attebery “Decoding” 40)

I agree with Attebery that the blending of real scientific ideas with the story lines produced in these “new” magazines would have created quite a stir during the depression era, encouraging the readers to expand their minds and escape to other places and even other world’s would have been an ultimately sublime experience, all for the mere price of one thin dime.

Ladies and Gentlemen – Welcome to the Pulps!

Please enjoy a selection of these magazines on our website that you can find in our Special Collections of the Pollack Library. We have selected a variety of our holdings and documented many stories for your enjoyment. Pulp Studies is a growing field of scholarship, and we invite you to visit our collection or contact our Special Collections archivist for items you may be interested in exploring. Warning – please do not wait to visit our pulps, for they are fragile and will fade away with time – leaving only a whisper of the voice of the author as it catches up with the inventions they could only imagine.

Moskowitz, Sam. “How Science Fiction Got Its Name.” Explorers of the Infinite: Shapers of Science Fiction. Cleveland: The World Publishing Co., 1963. 313-31. Print.

Welcome to SF at CSUF 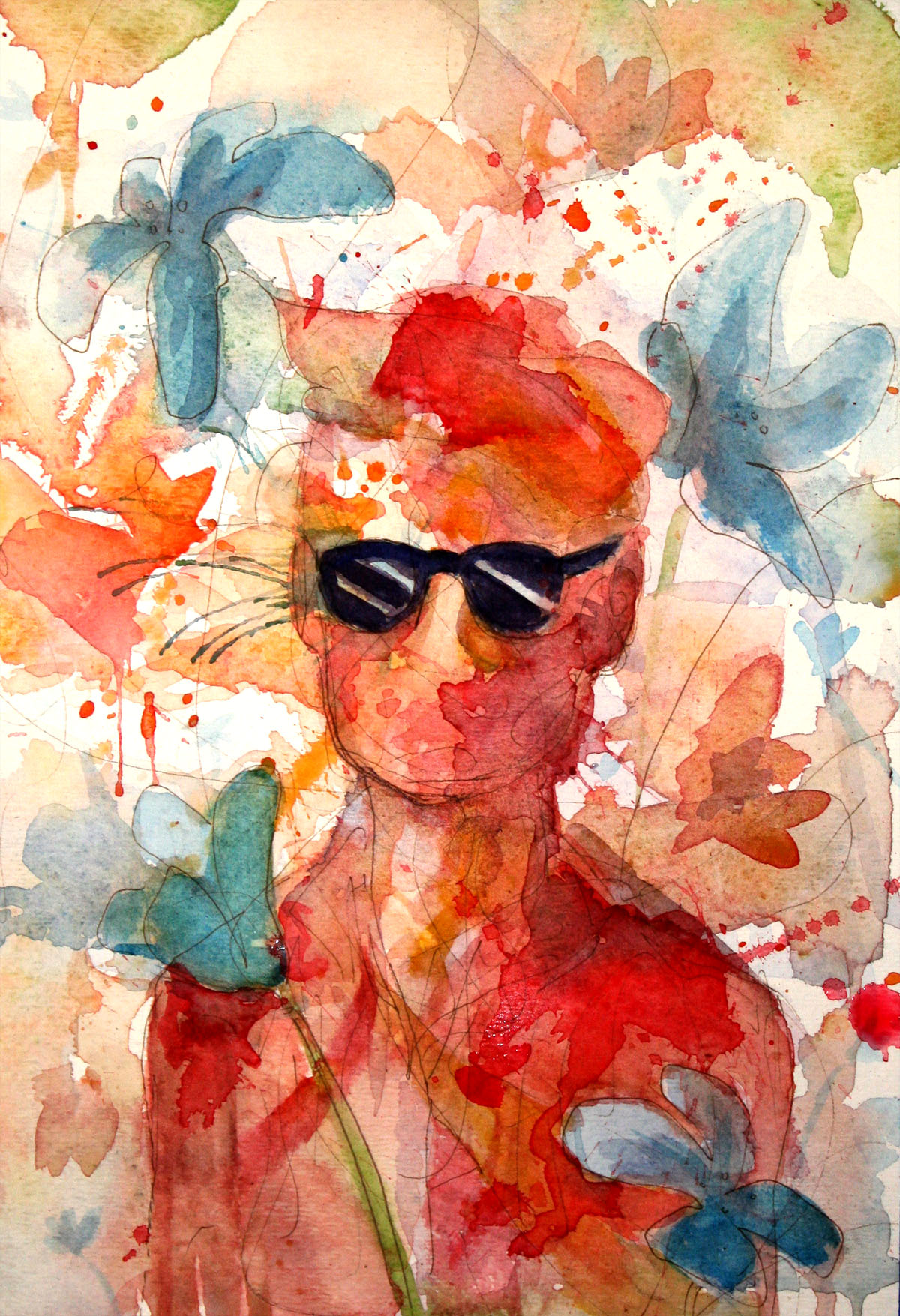 Join us on a science fiction adventure through our literary history with Philip K. Dick and Steampunk; our Special Collections holdings of pulps, and manuscripts by Ray Bradbury, Frank Herbert and many others; new stories from our students; and upcoming events on our campus, in our weird county, and emanating from our local multiverse!